Ultimate road cycling: A guide to 5 famous climbs of the Giro d'Italia

The Giro d'Italia started in 1909 and has run every year since, except for brief stops for the two World Wars. Like the Tour de France, this race is a multi-stage ride, taking place in May-June each year and 2017 marks it's centenary year! In celebration, and, to indulge the keen road cyclists amongst us,  we've delved into some of the famous climbs featured on the route; so if you're following the race right now, here's a short guide to 5 of the classic climbs - including the epic Stelvio Pass... 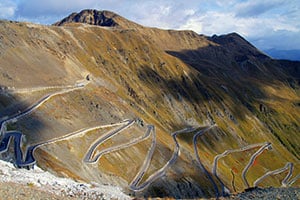 Lasting 21.7 km and reaching a maximum elevation of 2758 m this very steep, serpentine road is as tough as it is iconic, with an impressive 48 hair-pin bends! It is the highest paved mountain pass in Europe, with an average gradient of 7.1%. Possibly the most famous climb of the Giro d'Italia, this is a real test of stamina and endurance - with cold winds, often snow and altitude to contend with, as well as a relentless ascent. 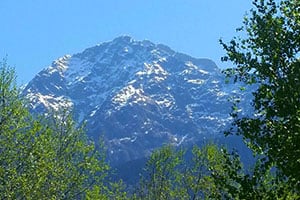 This is a fairly new climb in the Giro d'Italia compared to others, first featuring in 1990 and although a relatively short climb (12.4 km), it is no easy ride. Riders climb a total of 1,300 m, with an average gradient of 10.5% and the maximum slope being 18%; it is not easy and some say this is the toughest climb in any of the three major grand tours.

Related: Now is the best time to get cycling. Here's why: 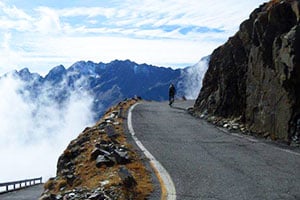 This has been a regular feature of the Giro d'Italia since 1960, when it was little more than a dirt road. It is the tenth highest paved mountain pass in Europe with gradients getting up to 18%. It starts as a gradual climb for the first few kilometres, but, don't be fooled, after this it rarely gets below a 10% gradient. This is seen to be one of the toughest Giro d'Italia climbs. 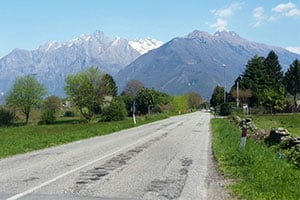 This climb is less intense as it is more of a gradual climb compared to the three previously mentioned. The distance however, is still long, lasting 24 kilometres and making an ascent of 1071 m. Once you reach the top your reward is great with beautiful views for miles. 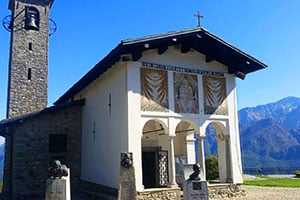 Known as the Patron Saint of Cycling and, one of the sports so-called spiritual home(s), this little Chapel is home to an eclectic array of cycling artefacts and an eternal flame commemorates cyclists who have died. This climb to Madonna del Ghisallo has often been used in the Giro d'Italia as the decisive or conclusive stage of the race as it is a short (12 km), steep climb with a large amount of the route having a gradient of 14%. This climb is worth it though, as a few kilometres from the top you can see across to the beautiful Italian Lake Como, before reaching the top where you will see the famous chapel of Madonna del Ghisallo - some call it the Holy Grail of the ride!

Want to find out more about the tough climbs seen in the Giro d'Italia or even experience it for yourself? We've just launched a brand new cycle challenge in Italy; Stelvio and Classic Italian Climbs Cycle. If you're a strong cyclist looking for your next challenge, then take a look today - spaces are limited, so if it suits you, don't wait too long to book!

Check out our website for more exciting cycling trips or get in touch.