From knee surgery to Everest Base Camp and raising £60,000 - Phil's story 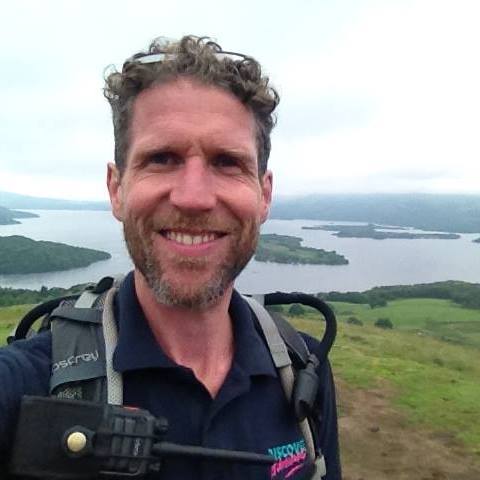 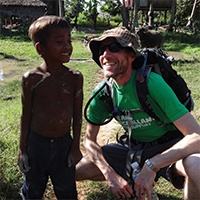 I wish I could say I was good at maths to say I could have worked that out, but surprisingly I'm not. 47 is the age my mum Kathleen Ann was when she died of breast cancer in 1996. Macmillan Cancer Support has been a part of my life now for the last 27 years and I am sure they will be for the rest of my life in some capacity.

Over the last seven years I have been on a mission to raise £47,000 to help Macmillan reach their aim; to improve the lives of people living with cancer and during those years I’ve experienced some life changing opportunities I could never have imagined back in 1996. I've met the most incredible and inspiring people who have shared stories that will both break and warm the heart in equal measure. 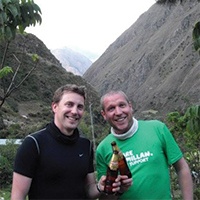 What was supposed to be a one off challenge, trekking the Inca Trail, to rehabilitate myself after knee surgery in 2008 has turned into a life-long ambition; to dedicate my spare time to raise essential funds and awareness of this much needed charity, which provides vital support and services to people affected by cancer. With more and more friends, colleagues and family members being diagnosed with cancer, I became increasingly aware of how important the support Macmillan provides is to the people diagnosed, their friends and families, no matter what stage of their cancer journey.

After my first challenge and meeting so many inspirational people and hearing their stories, I returned to the UK and set a personal target,  to raise £20,000 by June 10th 2016 to commemorate the 20th anniversary of mum dying; a large, but very achievable, amount. Much to my amazement this target was achieved on July 24 2012, four years ahead of schedule. This was the night before one of those incredible opportunities I mentioned earlier - I was incredibly privileged and honoured to be selected as one of the 8,000 people to carry the Olympic Torch for London 2012, as a result of my services volunteering and fundraising for Macmillan Cancer Support. 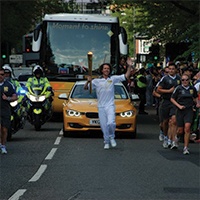 See the challenges you could do to support Macmillan

Achieving this fundraising milestone made me realise again how many people cancer touches and how many people rely on the support and services - funded almost wholly (98%) by voluntary donations. This is such a vital support network that if all fundraising and donations stopped today, Macmillan would cease to exist within three months. This is due to the fact we use the money as and when it comes in, where and when people needed it, supporting and improving the lives of the 2.5 million people living with and beyond cancer in the UK today.

July 2012 saw the target rise to £47,000; again a target to commemorate the 20th anniversary of mum dying as this was her age as I mentioned 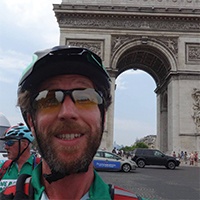 earlier on that fateful day in 1996. Once again I was overwhelmed by the support and generosity of friends, family and strangers. This target was hit on May 22nd 2015 while holding a supermarket collection, a year before the target date.

I then raised my target yet again, to a phenomenal £60,000, an amount I could never have thought would be achievable back in 2008. Again a significant figure as mum would have been 60 in 2009 when I headed off for my first overseas challenge to trek the Inca Trail in Peru.

With a year to go before my target date in March 2015, I set myself the most epic challenge I embarked upon over the entire seven years; to complete six challenges in twelve months, one for each year of this incredible journey, and one from each discipline from the challenge portfolio. Run, Swim, Cycle, UK trek, moderate overseas trek, then the Extreme challenge of trekking to Everest Base Camp.

Part way through the year I set the fundraising public a challenge, raise £500 in 24 hours and I would sign up to another cycle challenge. This sum was achieved and the six challenges became seven.

When I started out on this ambitious journey I had no idea that we as a family would be living with cancer again.

A month after registering to take part in the six challenges in twelve months, on 23 December 2014 my dad was diagnosed with Stage 4 cancer. We are in a position once again where we are utilising the services and support networks available to us from Macmillan Cancer Support, the community team and the Macmillan Unit based at the Royal Derby Hospital. We are fortunate that we have a great support network amongst us as a family, but, many people who are affected, do not. Macmillan currently reach three in every four people affected by cancer, but we want and need to reach them all so they don’t have to face this life changing disease alone. 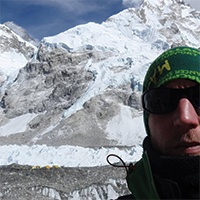 " I hope that I can complete all these challenges remembering just my mum, and honouring my dad with every step and stroke. However, if I have to end this epic journey remembering them both, it will be a fitting tribute to two amazingly inspirational people that have shaped my life in so many ways." - Phil, 2015

Leaving for my final challenge; an extreme trek to Everest Base Camp, was one of the toughest things I have had to do and the decision to leave wasn't taken lightly. I had many discussions with family and the DA team to cover every eventuality and I left knowing full well that I could return to a very different family landscape, a family without its patriarchal head.

With each step, on each day of the challenge, I was reminded of why I was there, again supported by some 15 amazing people with their own stories to tell and reasons for embarking on a 9 day trek in the Himalayas. A poignant journey for everyone, as well as our leader Jo Bradshaw, who was returning for the first time after being caught up in the April 2015 earthquakes.

Watch our Everest Base Camp video

Thankfully I completed this final challenge and returned to the UK on April 6th 2016. Dad is still alive today, as I write this on June 24th 2016. He thanks everyone for their continued support to help me achieve my goals and aims to raise funds and awareness for Macmillan Cancer Support, who's assistants and support over the last few weeks has been unwavering and constant. As a family, we can't show our gratitude enough. As of June 21st the grand total of funds raised is £61,397. 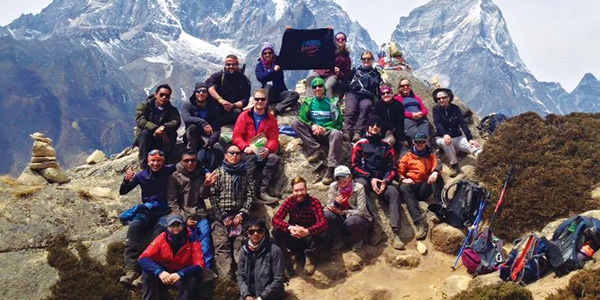 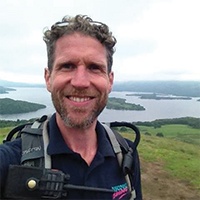 Phil's determination is compelling and his motivation for fundraising has touched us all. As do all the stories we hear from our challengers who have taken on a Discover Adventure challenge.

What you may not know is that this year we are proudly welcoming Phil in to our DA Crew  - so you may meet him on a challenge soon! With 11 challenges under his belt he know's what it's like to be a participant, whether it's a UK event, European Cycle or Overseas Trek and will be well equipped to answer any questions you may have and to keep you motivated when the going gets tough.